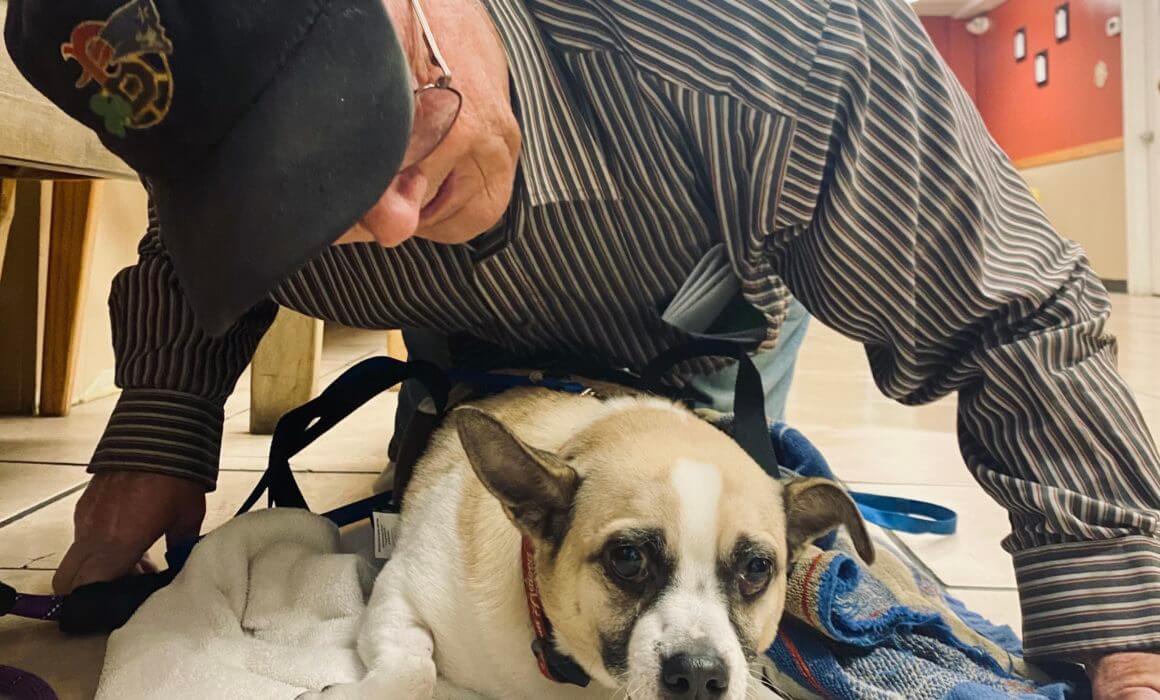 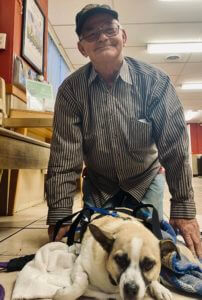 Charlie is his dad’s whole world. When his wife died seven years ago, his granddaughter got him a puppy (Charlie) to keep him company. Charlie developed a large mass on his thigh that couldn’t easily be removed and initial testing suggested it was malignant. A beloved pet’s serious illness or injury can wreak havoc on a senior budget, but Second Chance and Pets for the Elderly are committed to keeping pets and the people they love together whenever possible.
Dad opted to amputate his limb to give him the best chance of survival. When he picked Charlie up from surgery he said he was going to bring him home and they were going to watch Charlie’s favorite show tonight. It has dogs and cats on it that he likes to bark at. Charlie’s owner tells us he is doing wonderfully and already walking around on his own!
We are grateful to Pets for the Elderly and to all the generous supporters who help keep pets and people together.
Want to help?