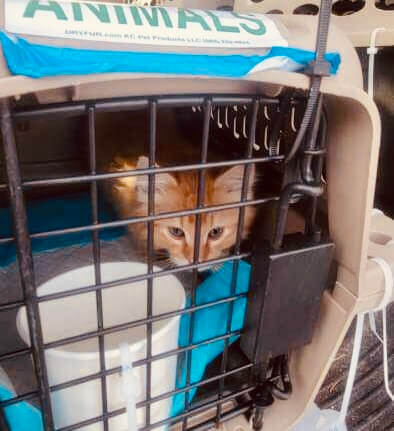 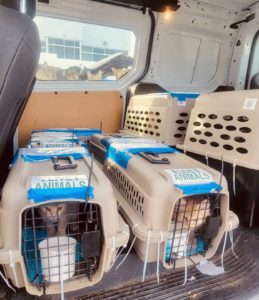 AST BROOKFIELD, MA (December 15, 2021) – Second Chance Animal Services this morning took in 11 homeless cats and kittens from animal shelters in tornado ravaged Kentucky.  The transport, facilitated by the ASPCA (The American Society for the Prevention of Cruelty to Animals,) will free up space and resources to care for pets that have been displaced by last weekend’s devastating tornadoes.

Second Chance CEO Sheryl Blancato explains that the cats picked up at Hanscom Field Airport by Second Chance were already in animal shelters when the tornadoes struck.  “Our hearts are breaking as we see the devastation and are ready to do anything we can do to help,” says Blancato.  “As an ASPCA Emergency Placement Response Partner, we were expecting the call and began preparations at our Almost Home transport facility.”

There will be a full house at the Almost Home facility.  13 cats are still at the facility from the recent large-scale local rescue. A total of 15 kittens were born to six pregnant cats, bringing the total to 88 for that case alone. The facility also welcomes weekly transports from overcrowded shelters.

The cats and kittens will complete a 48-hour state-mandated quarantine and have all their veterinary needs met before they make the trip to the Second Chance Adoption Center to begin their search for a new home.  Anyone wishing to donate toward their care can donate at secondchanceanimals.org/donate/ or checks can be mailed to Second Chance Animal Services, PO Box 136, East Brookfield, MA 01515. 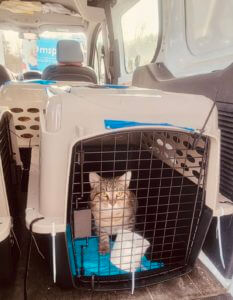 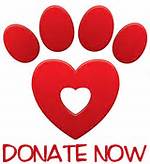