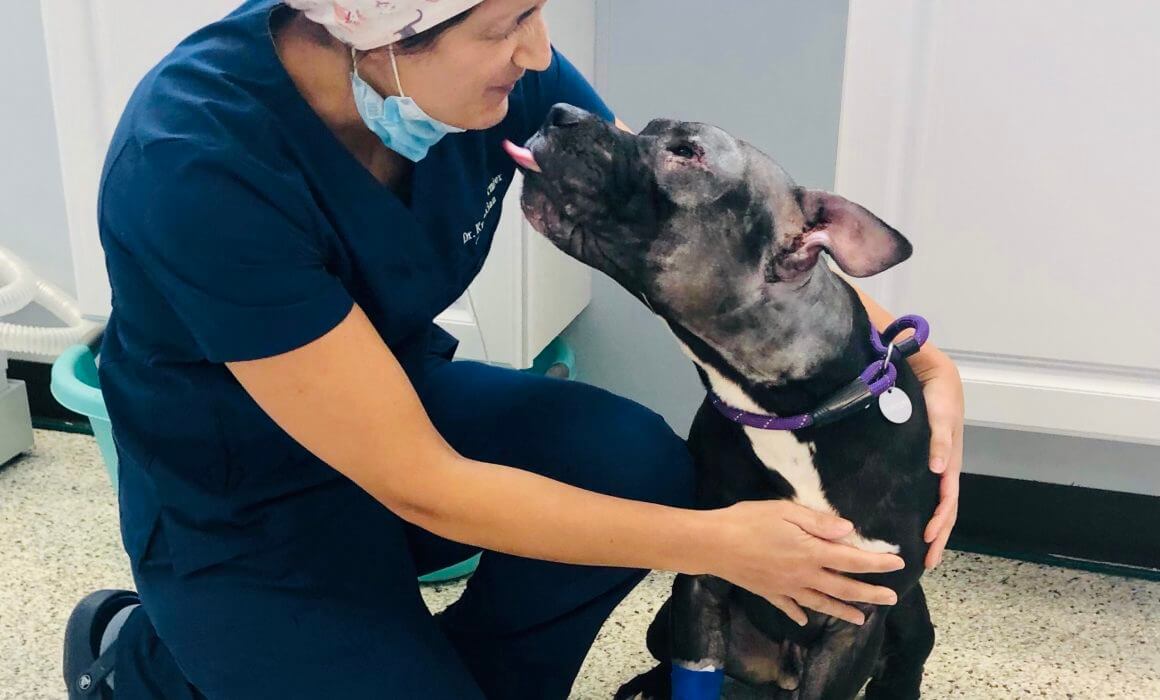 Caring for some very special pets. 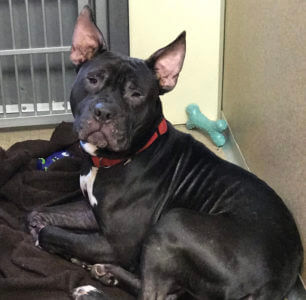 One-year-old Chance came to Second Chance in need of so much help. This poor pup was so uncomfortable.  He was born with entropion – a genetic abnormality that made his eyelids curl in, causing hair to rub on the surface of his eyes. He was so uncomfortable.  He also suffered from ear infections his whole life, which scarred his ear canals so badly that we could not even fit a q-tip into his ear canal. His ears were very painful from the scarring and recurrent ear infection.

Second Chance surgeon Dr. Kristen Cormier has been helping Chance – performing surgery to correct the entropion followed by  a total ear canal ablation surgery. This TECA surgery involves the complete removal of the ear canal, leaving only the flap (pinna) to make Chance much more comfortable.

“Chance went to his foster home yesterday! Before he left I went to say goodbye and he gave me his paw and held it there as a thank you 😊 It’s hard to see but it was so sweet and sincere. He is much more comfortable and playing like a puppy now.” 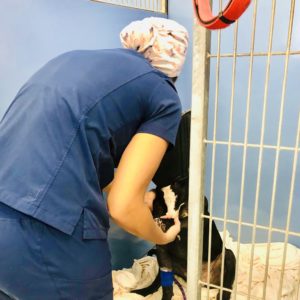 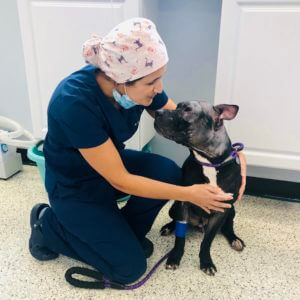 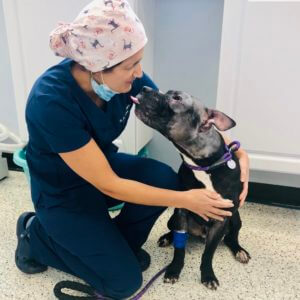 Chance’s surgeries were extensive but seeing this sweet dog so happy yesterday makes it all worth it and is a perfect example of why we do what we do. 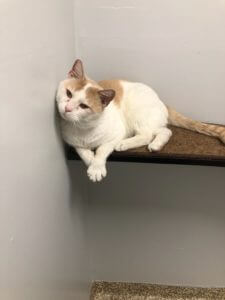 Two-year-old Turner recently came to Second Chance from an overcrowded shelter in Georgia. Dr. Jackie tells us he also suffers from entropion – his lower eyelids are curling in so hair is rubbing on the surface of his eyes. He is very sweet, despite how uncomfortable he must be.

He’s scheduled him for surgery next week so he can finally be free of pain from this condition. After recovery, he will be available for adoption.

We are so grateful to be able to help pets like Chance and Turner thanks to the support of generous donors.  You can help give a pet with extensive medical needs a ‘second chance’ by making a donation today.